Starting off from the magical Versilia, with salt on our skin we head towards the obligated stop in Pisa with its Piazza dei Miracoli, and from under the world’s most leaning tower we go towards Lucca, crossing the walls that enclose the city going up to the Apuane Marble Quarries!

The second stage takes us to the mountains, from Versilia through Castelnuovo Garfagnana, to the Passo delle Radici, to then cross Fiumalbo, Pievepelago and Abetone. Always following the Tosco-Emiliano Appenine after a brief stop at the Sanctuary of the Bocche di Rio, we go down to the Mugello Valley through the Pass of Raticosa, paths known and loved by bikers that reach up to the speed temple: the International Autodromo of Mugello.

With the adrenaline that the Tuscan circuit has given us, we are ready for a third stage through the heart of Tuscany. Glancing at Florence from above, Fiesole before and after Piazzale Michelangelo, and with the image of Brunelleschi’s Dome still imprinted on the peak we head towards the south: Monteriggioni, San Gimignano and, finally Siena! After a glance to the stopwatch, all riding towards Montepulciano! We will leave Tuscany with a full belly and skirt the Lake Trasimeno to arrive at dusk in Perugia.

The last stage will see us starting from the beautiful Umbrian town and after a lunch in Orvieto we will continue through the ancient route Cassia until the Autodromo of Vallelunga where the average track test will represent the last chance to win the Queen’s Trophy. The participants will then reach the Eternal City of Rome where, after a 800 km long route, the second edition of the Queens’ Cavalcade will end. It will be the final evening of our adventure that will crown the new King for 2017. Guests will have the opportunity to stay on Sunday the 24th of September, to visit Rome with the group. 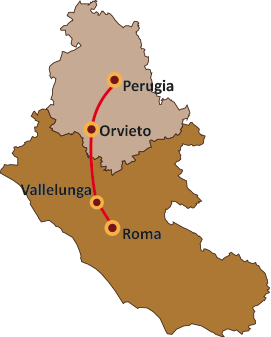 A delightful place in which a taste for tradition and the most innovative services blend together perfectly. A true work of art that boasts two centuries of history and preserves all of its ancient charm, enriched by the most modern comforts: staying here is like going on a journey back in time.

The hotel complex is in an elegant, luxurious setting, surrounded by a splendid centuries-old private park that offers the hotel’s guests some magnificent scenery.

In the past, guests like the famous composer, Giacomo Puccini, have stayed at our 4-Star Superior Hotel in Versilia. The hotel is just 50 metres from the beach of Camaiore and consists of four separate splendid buildings, situated inside a park: La Villa, La Torre, La Fattoria and La Duse.

For your relaxation and well-being, the Park Hotel Villa Ariston offers an outdoor swimming pool, a private beach, a wellness room, gyms, tennis courts and a playground for children. 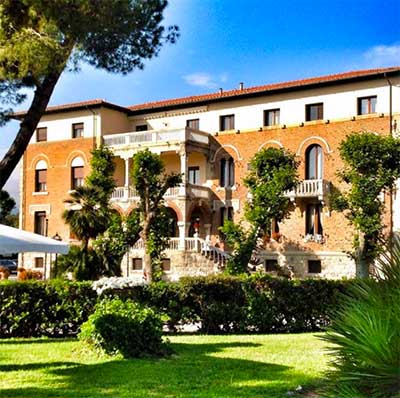 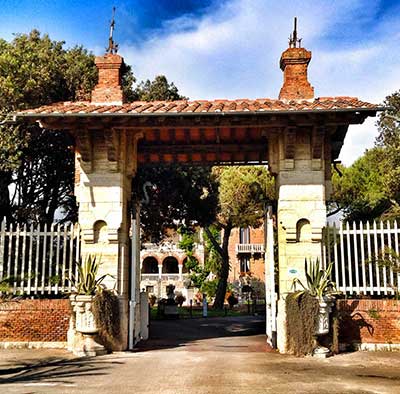 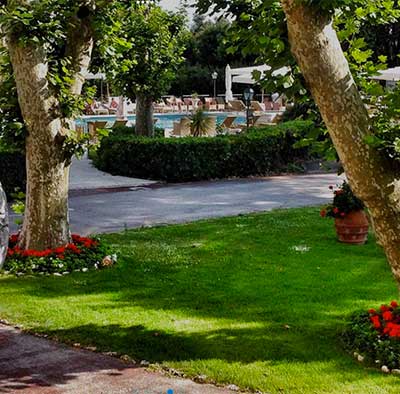 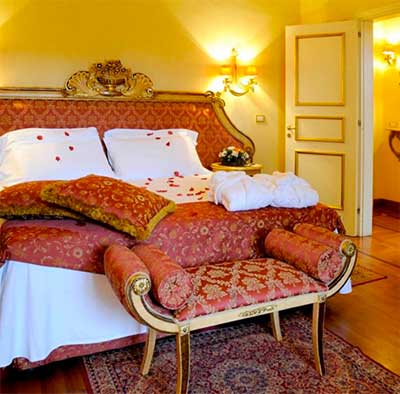 Country Tuscan hotel and golf club in the green Mugello valley, near the medieval village of Scarperia, in the Florence hills.

Available on request, also the magnificent Villa di Cignano dating back to XVII century with spacious garden suitable for banquets and ceremonies up to 100 people. 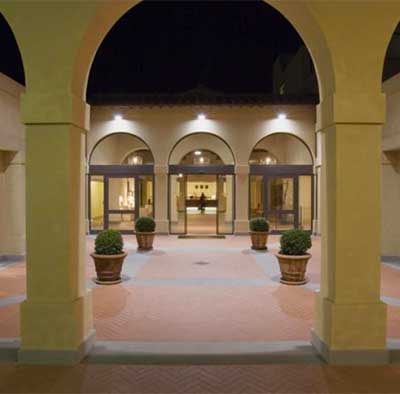 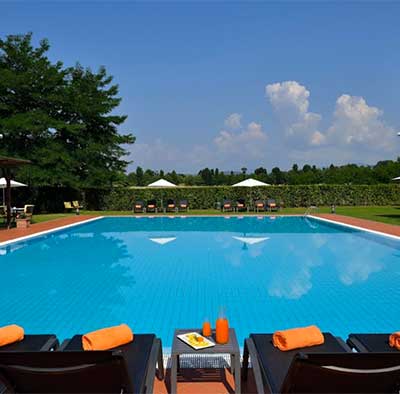 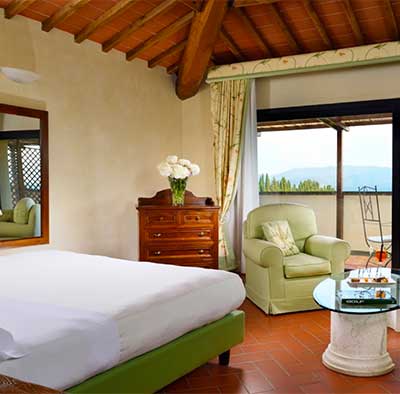 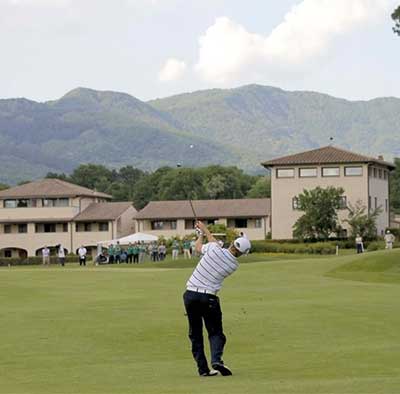 Located in a panoramic position in the heart of Perugia, the Sina Brufani boasts an ancient tradition in the luxury hospitality, and from 1884 it is the home of royalty and celebrities from all over of the world. Since then it is the only 5-star hotel in Perugia, and some parts of the Hotel are protected by the Ministry of Cultural Heritage.

With over a century of history, Sina Brufani is a true symbol of exclusivity in Perugia.

The hotel opened in 1884, gaining immediate success. The leading exponents of high society and nobility of Europe vied to stay in the modern hotel which was then directed by a nephew of Brufani, George Collins’, who came from England for this purpose.

Over time, the Sina Brufani has maintained its position as leader in hospitality of Umbria region, continuing to be a favourite of celebrities such as the Queen Mother of England, the Prince of Monaco, famous actors and Heads of State.

The enchanting view, the refined atmosphere and the courtesy of the staff offering a personalized service, continue to make any stay at the Sina Brufani a unique and an unforgettable one. 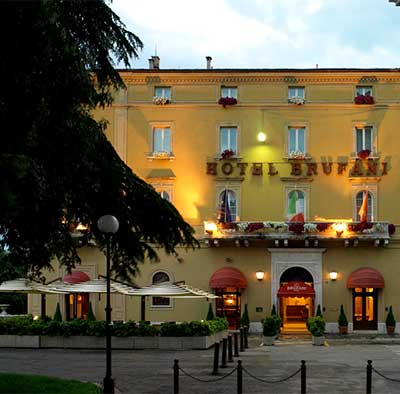 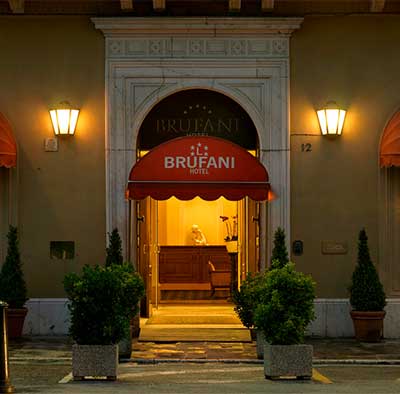 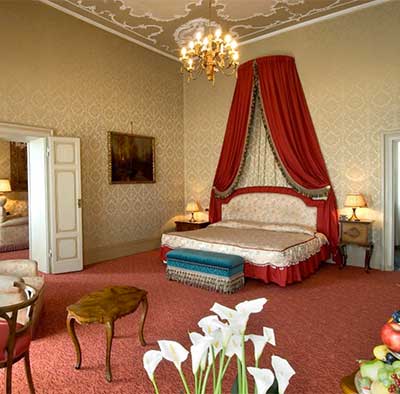 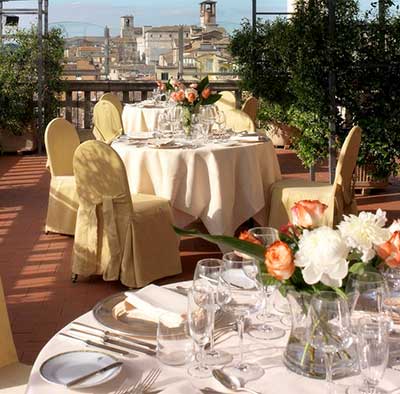 The Church Palace is a striking 4 star superior hotel housed in a historical, Renaissance-inspired building. The hotel has been completely renovated to better satisfy its guests’ needs and is distinguished by its elegant lines and refined atmosphere.

Surrounded by a private park, with an ancient fountain and an 18th century nymphaeum, the hotel harmoniously integrates with the Villa Carpegna Park.

Behind the beautiful cloister, at the very heart of the hotel, lies a majestic Church with a nave and two side aisles and a splendid colonnade of precious green marble. Alongside its natural religious function, the Church is also available for concerts and other prestigious events. 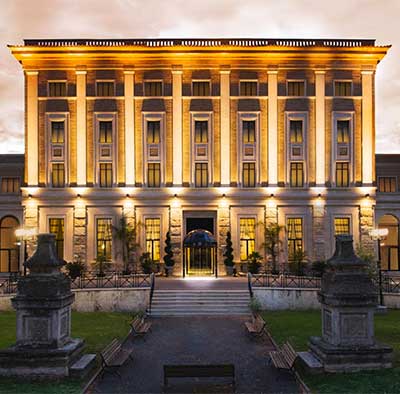 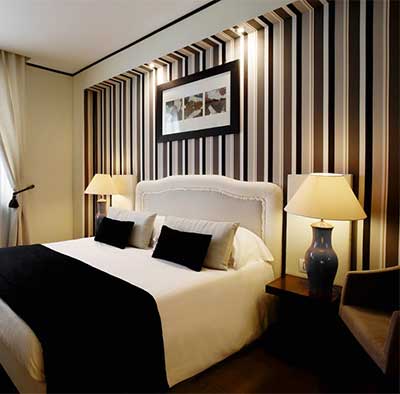 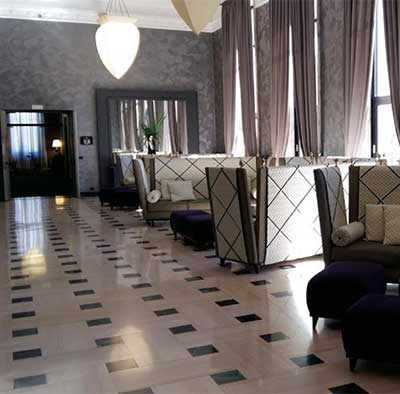 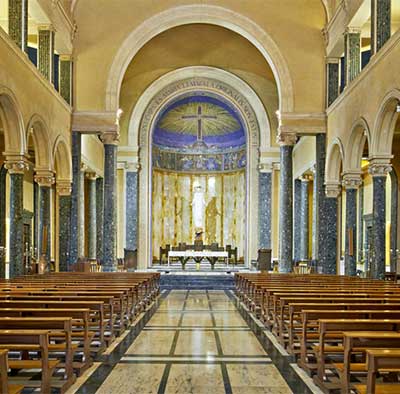 to receive all news from
Queen’s Cavalcade